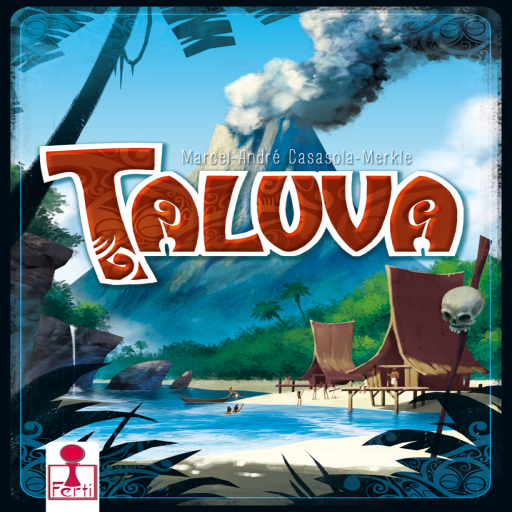 游戏简介
In Taluva, players attempt to successfully settle a South Sea island slowly emerging from the ocean waters as volcano after volcano erupts. Each turn, players decide to either have a new volcano erupt along the shore, increasing the size of the island, or to have an existing volcano erupt again, increasing the height of the land around it (and possibly destroying parts of existing settlements). They do this by placing a new tile, consisting of one volcano and two other types of landscape. A tile must always touch at least one other tile, when placed at sea level, or be placed on top of at least two other tiles (without any gaps under the land being created), with the volcano being placed on top of an existing volcano. Next, the player will place one or more wooden buildings; huts, temples or towers. Settlements must always start at the lowest level, by placing a single hut. From there on, existing settlements may expand by placing huts on all hexes of a single type of terrain around the settlement, with t...展开